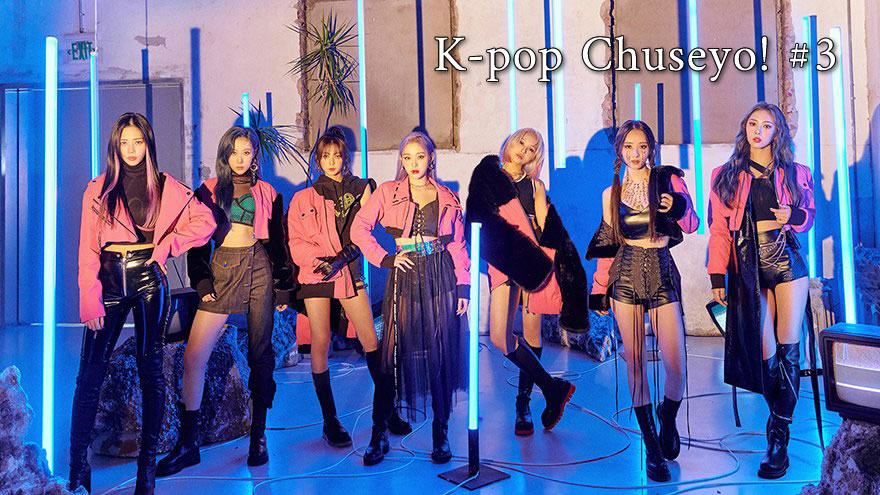 Hello, lovers of k-pop! Today, we will go back to January to remind ourselves some of the great k-pop songs that got released! In case you have missed them, now is your chance to familiarize yourselves with them, and if they are already some of your favorites, well, here is another

We all remember the time in 2018 when Jenny debuted with "SOLO" and everyone got so excited about YG's news that each of the girls will release a song by the end of the year, as it was going around. Well, that did not happen, unfortunately, and we all

"Chicago Typewriter" (시카고 타자기 in Korean) isn't one of those popular series that everyone is impatiently looking forward to and jumping into the moment it starts airing. At the same time, this is the k-drama which became so favorite of mine that I've seen it 3 times so far in

BLACKPINK is the hit YG Entertainment girl group after 2NE1. The girls themselves say that 2NE1 are their inspiration. BLACKPINK is one of the most unique and diverse k-pop groups out there, with each member having a different background.

Hello, lovers of k-pop! Are you ready for a new dose of music? We sure are, and this week undeniably brought us some amazing hits. KAI - MMMH https://www.youtube.com/watch?v=Fc-fa6cAe2c The idol of the idols - Kai from the legendary group EXO debuted solo with his mini-album "KAI", and the video to the song

We've probably all seen the hit k-drama "It's Okay to Not Be Okay" by now. The drama is also known to be Kim Soo Hyun's first project since his discharge from the military. The cast was perfectly selected, especially Oh Jung Se who played Moon Sang Tae, which I believe

As many of you maybe know, sprouts play a big role in the Asian culture. They are used in many side dishes, and why not add them even to our salad? Sprouts are rich in protein, enzymes, Omega-3, vitamin A and C, and apart from that they have many other nutritional

"Itaewon Class" is a Korean drama, based on the webtoon "Itaewon Class", which was written by Jo Gwang Jin. It is a common practice for Korean people to transform webcomics into TV shows, and this one is no exception. In fact, Jo Gwang Jin is also the screenplay writer for

You've probably heard of EXO, right? I mean, who hasn't. Today I will tell you a little bit about the drama "EXO Next Door". Keep in mind that the story is completely fictional! "EXO Next Door" is a web series, which was released in 2015. Apart from EXO themselves, we also